The Midwest’s Premier AC/DC Tribute — BONFIRE — return for a live concert performance to HOBART ART THEATER (230 Main St.) in Hobart, IN.
This year’s special guest is BLIZZARD OF OZZ, Chicago’s premier tribute to Ozzy Osbourne & Black Sabbath.
Also performing a short showcase set is THE KEVIN M. BUCK BAND, sure to be a hit with fans of heavy metal guitar virtuoso music.
Tom Lounges Entertainment has presented this special double anniversary show with BONFIRE annually at The Hobart Art Theater for the last several years.
This show marks the 43rd anniversary of the death of original AC/DC vocalist Bon Scott, and also the 23rd anniversary of the debut performance by the BONFIRE tribute band, founded by frontman/vocalist Jim Hillegonds.
Fan of all ages will be fist pumping and singing along at this evening of “high voltage rock ‘n’ roll”, as the boys in the band set their wall of amps to “10,” while kicking out hit after hit from the deep AC/DC catalog, along with some deep cut surprises mixed into the show.
As their name implies, BONFIRE heavily focus on the Bon Scott years, but there are also plenty of latter day Brian Johnson-era fan favorites offered up in this explosive live show as well.
“Nobody leaves a Bonfire concert disappointed,” said show promoter Tom Lounges. “I’m especially happy that we are able to present Blizzard on Ozz on this bill as well. We had them billed with Bonfire on our first show at the Art Theater.
The two bands are a great fit and they musically compliment each other very well. Adding a short opening set by The Kevin M. Buck Band this year is a special bonus for those fans who love metal guitarists like Yngwie Malmsteen, Steve Vie and Vinnie Moore.
Join WIMS-AM/FM in welcoming BONFIRE back to the Hobart Art Theater, where they will salute “those about to rock” with them in celebration of the music of Australia’s greatest band ever!
DOORS OPEN: 5:00pm
MUSIC STARTS: 6:00pm
TICKETS: $15 General Admission / $20 Day of Show
*ALL AGES*
Get Tickets 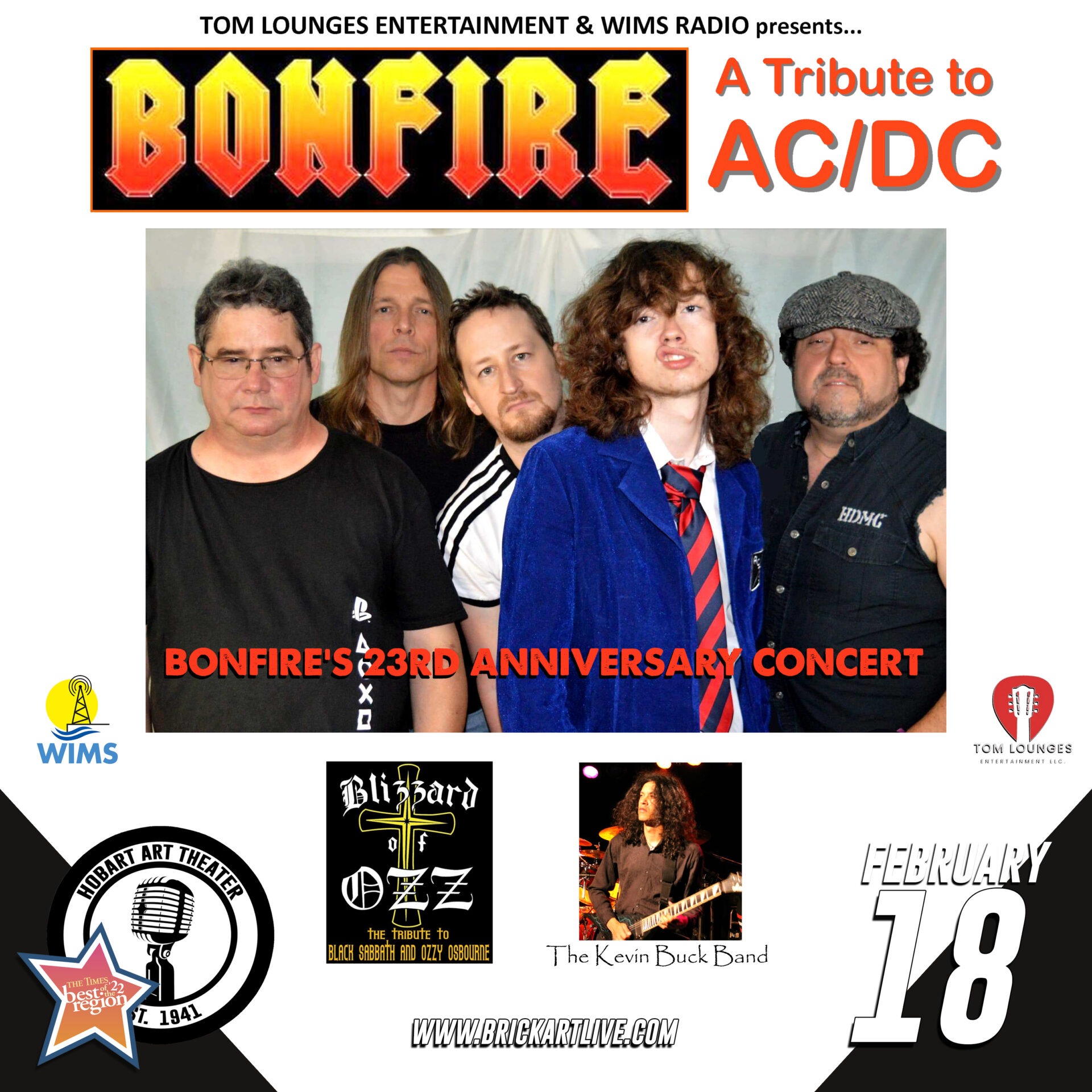