Named after the most successful Broadway musical and movie from the late 30’s and 40’s, Hellzapoppin Circus SideShow Revue is a world renown theatrical Rock-N-Roll circus thrill- show where some of the deadliest stunts in live entertainment are performed to loud crowd- pleasing musical tracks.

Spectators will experience one of the world’s last authentic circus sideshows with performances using the human anatomy and death defying stunts and demonstrations of mind over matter, yet with no blood and no pain. Y ou’ve seen them on AMC’s Freak Show, Ripley’s Believe It Not, Guinness World Records, Discovery Channel, Travel Channel , America’s Got Talent and more. This vaudeville freak show of wonder features LIVE stunts like: Fire eating & fire breathing, Straight Jacket Escape, Magic and Illusions, Bed of nails, Crossbows, The human block-head, Knife Throwing, Acrobatic Stunts, Sword Swallowing, Human oddities & curiosities like a real-live half-man who walks on his bare-hands in broken hot shards of glass on fire and more!

For more info check out Hellzapoppin.com 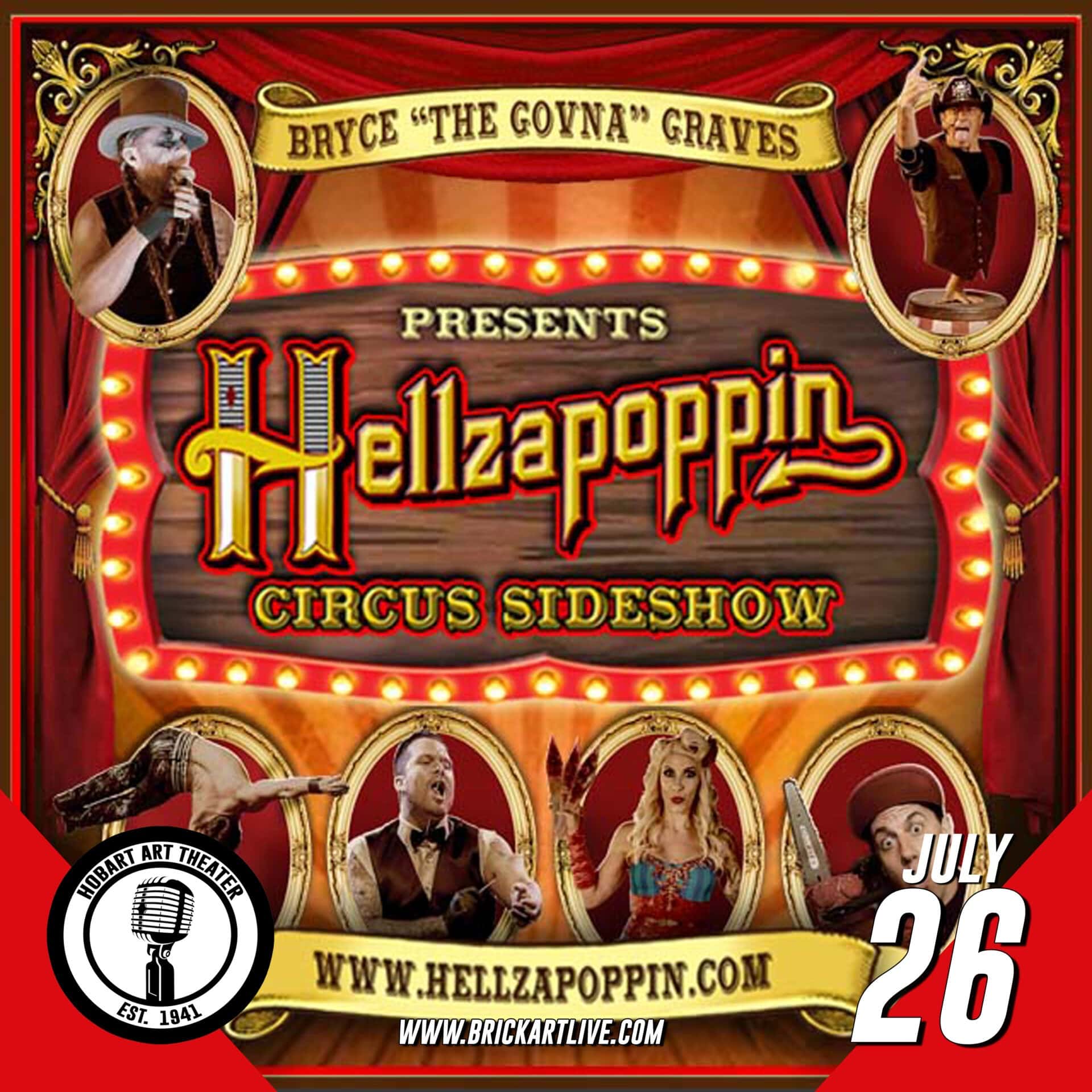