Doors 6pm
Show 7pm
Tom Lounges Entertainment, LLC and WIMS-AM/FM Radio present M&R RUSH in their ONLY live concert performance of 2022 at HOBART ART THEATER.
This November 19th concert is multi-celebratory event!
It is the official release party for M&R’s new album and first vinyl LP in decades and the band views this concert as the kick off of their “50th Anniversary Tour (1973-2023).”
SO JUST WHO IS M&R RUSH?
M&R RUSH are one of the few surviving radio played Chicago rock bands of the early 70’s with its original line-up still intact.
M&R RUSH followed in the wake of their Roseland neighborhood friends, STYX, often opening shows for STYX in the early years.
In 1980, WLUP-FM aka “The Loop” radio in Chicago chose the song “Rock & Roll Chicago,” for their first hometown album. “Rock & Roll Chicago” became a #1 hit on the station’s play list that summer, and continues to be heard on Chicagoland radio stations.
M&R RUSH has continued to perform throughout the Midwest annually during the summer months and have amassed a seven album catalog. In 2022, a major health scare completely sidelined the group’s entire summer tour and delayed the release of their long anticipate new vinyl album, “Good-Bye City Lights.”
On November 19th — M&R RUSH — are back and ready to start celebrating a half century of music and friendship together.
Don’t miss this very, very special concert at The Hobart Art Theater with special guest, THE GEDDY TREZAK BAND.
Get Tickets 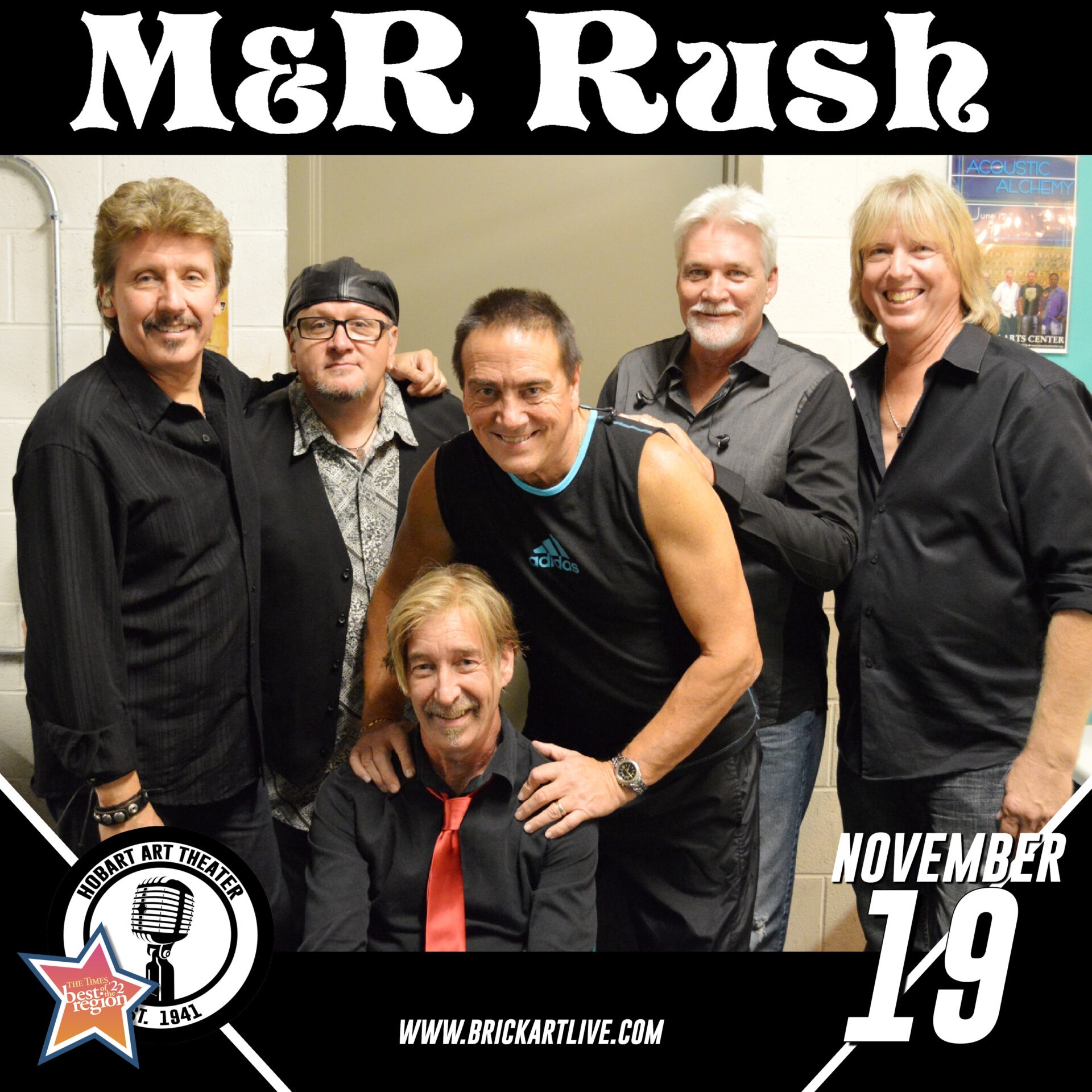