Josh Arnold can be heard every morning on the nationally-syndicated radio program The BOB & TOM Show and can be seen performing stand-up in many of the best comedy clubs in the country. His intelligent yet silly, often self-deprecating brand of comedy has made him a favorite of audiences everywhere.

** All sections are first come – first served
** Show is all ages, but recommended as 17 and over
** VIP Section is first 16 rows from the stage. 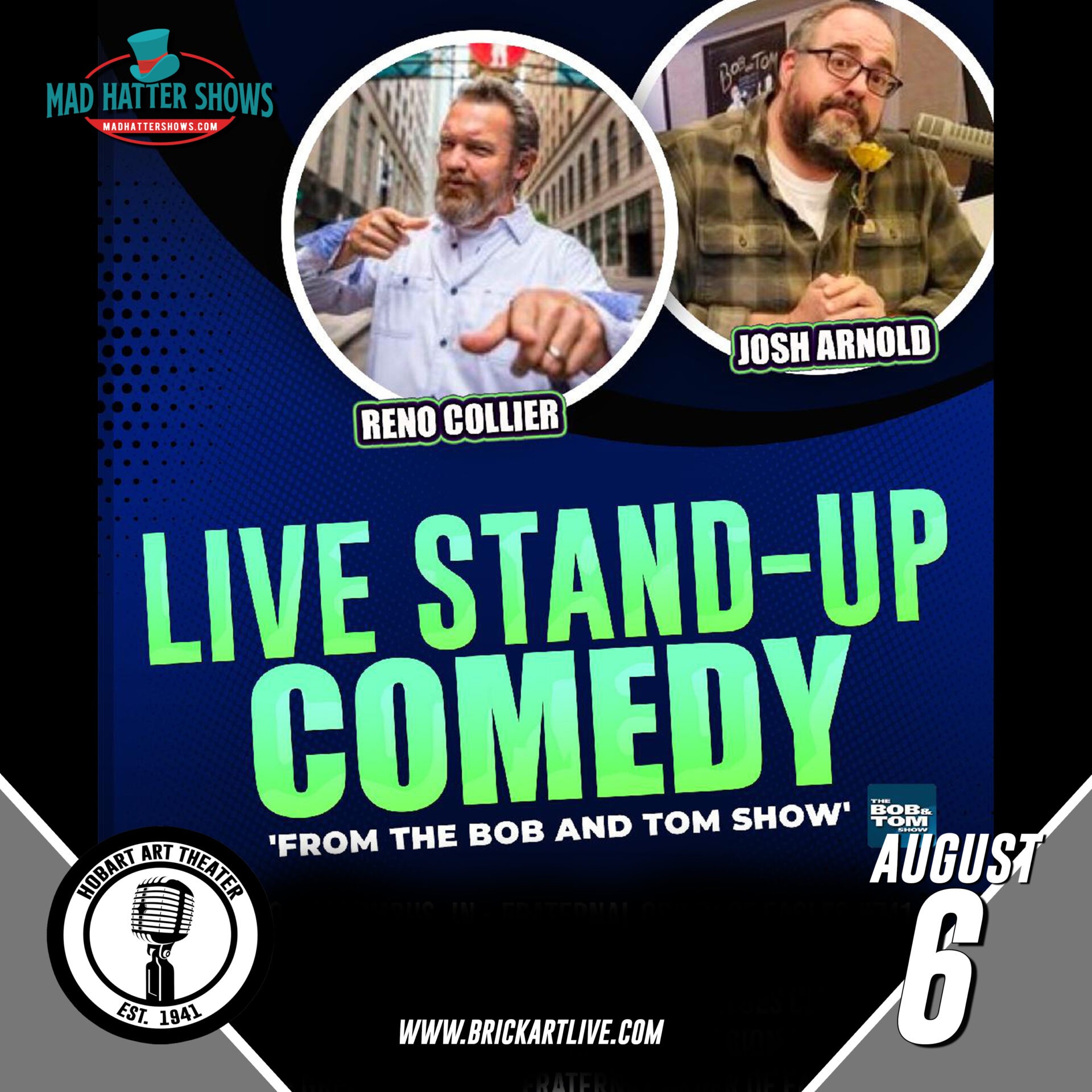