This February weekend marks the 64th Anniversary of what’s come to be known as “the day the music died” — February 3, 1959 — when in the early morning hours, a small air plane carrying early rock pioneers Buddy Holly, The Big Bopper and Richie Valens crashed in a frozen Iowa cornfield killing all on board.
This special tribute concert reminds audiences of the impact Buddy Holly had on popular music around the globe during his short life, and underscores Holly’s tremendous and enduring legacy. Every live performance by Kenny James & Rave On! has all the expected hits, but also some deeper cuts from Holly’s incredible catalog of songs, along with some historical commentary about the man and his music.
KENNY JAMES has performed his critically acclaimed tribute to rock ‘n’ roll pioneer Buddy Holly all across the United States over the years, garnering rave reviews at top theaters, concert halls and festivals. A native of Northwest Indiana, James has lived and performed throughout America, and has been booked for extended residency engagements in such live entertainment hubs as Las Vegas, Nevada, as well as in Branson, Missouri, and Pigeon Forge, Tennessee.
James rarely performs in the Midwest, but a few regional appearances in 2017 and 2019 were so remarkably received that Tom Lounges Entertainment is bringing him back for this special Buddy Holly remembrance concert at The Hobart Art Theater on FRIDAY, FEBRUARY 3rd.
Save on ticket fees. Purchase physical G.A. tickets in advance at TOM LOUNGES RECORD BIN locations in Hobart and Michigan City, IN. Also at BRICKHOUSE BAR & GRILL in Hobart, IN.
TICKETS INCREASE $5 DAY OF SHOW
Get Tickets 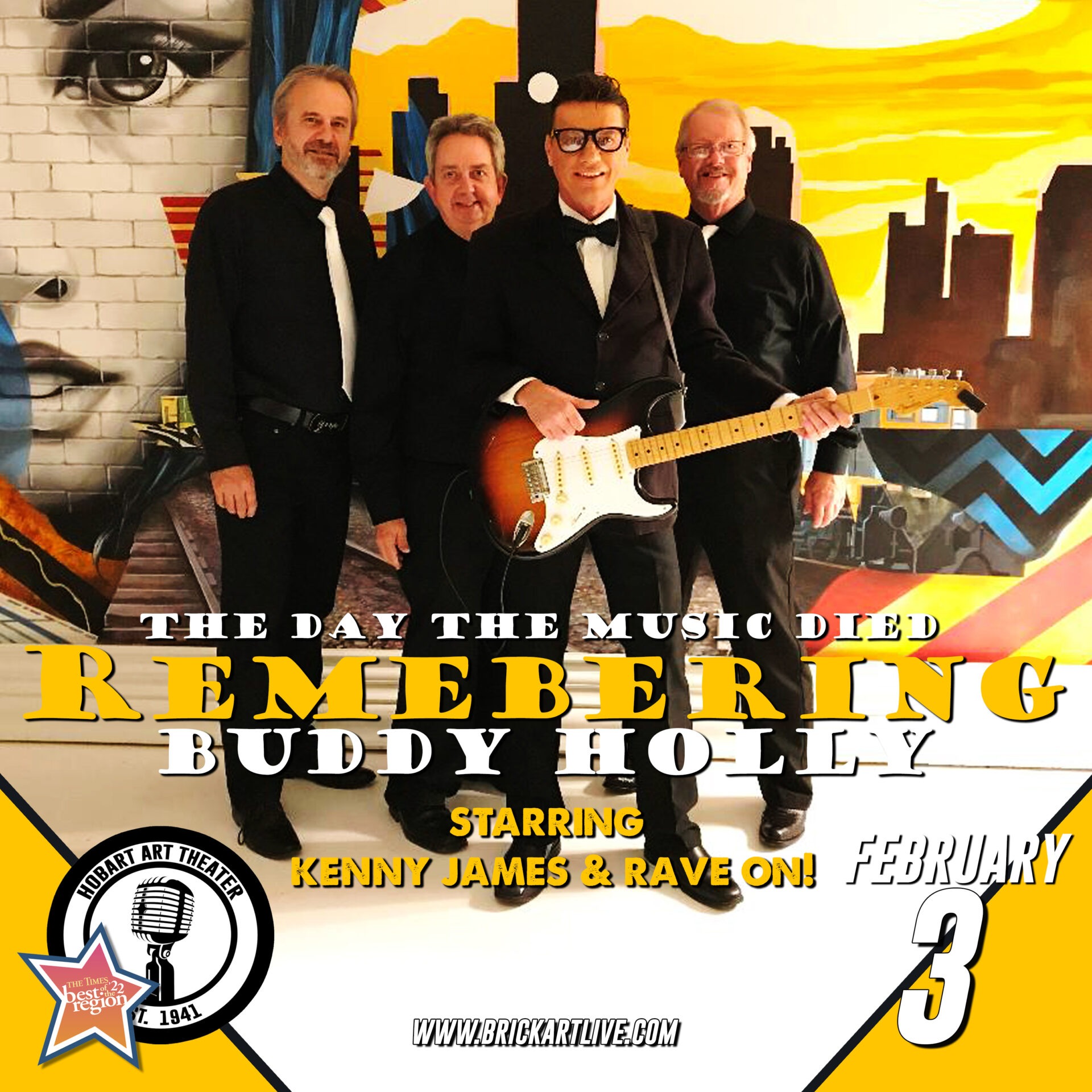