Doors 6pm
Show 7pm
Tom Lounges Entertainment presents… THE WOMEN OF MOTOWN HOLIDAY CONCERT!
SATURDAY, DECEMBER 3rd
with special guest: To Be Announced
For this evening, a very special Holiday Themed Concert Event is planned that will include all the great Motown and R&B classics audiences have come to expect from this exciting ensemble group — PLUS — some unique holiday tunes will be infused into their high energy performance.
THE WOMEN OF MOTOWN is a musical revue fronted by three ladies in full diva mode and supported by the tireless grooves of the incredible SAY YES band.
A “Women of Motown” revue concert features timeless hits originally made famous by such top female R&B artists as Diana Ross, Martha Reeves, Aretha Franklin and Gladys Knight.
One should note that while the revue is fronted by three powerful women sharing lead and harmony vocals, the show’s set list is not gender specific, as they also put a female spin on classic hits by such male groups as the Temptations, Four Tops, Jackson Five, Commodores, and others.
The night is not complete without a song or two by crossover icons Michael Jackson and Prince, and for this special performance night, a few holiday songs as well.
“We do it all,” said group leader Sheryl Youngblood. “We have a very high energy show and we have a great band (Say Yes!) playing behind us, making sitting still impossible.”
“Nobody ever leaves a ‘Women of Motown’ show disappointed,” says event producer Tom Lounges, who presents this the ladies multiple times a year at various venues. “Every venue where I play this electrifying show, brings the ladies back again. Simply put, this show is a non-stop P-A-R-T-Y!”
Get Tickets 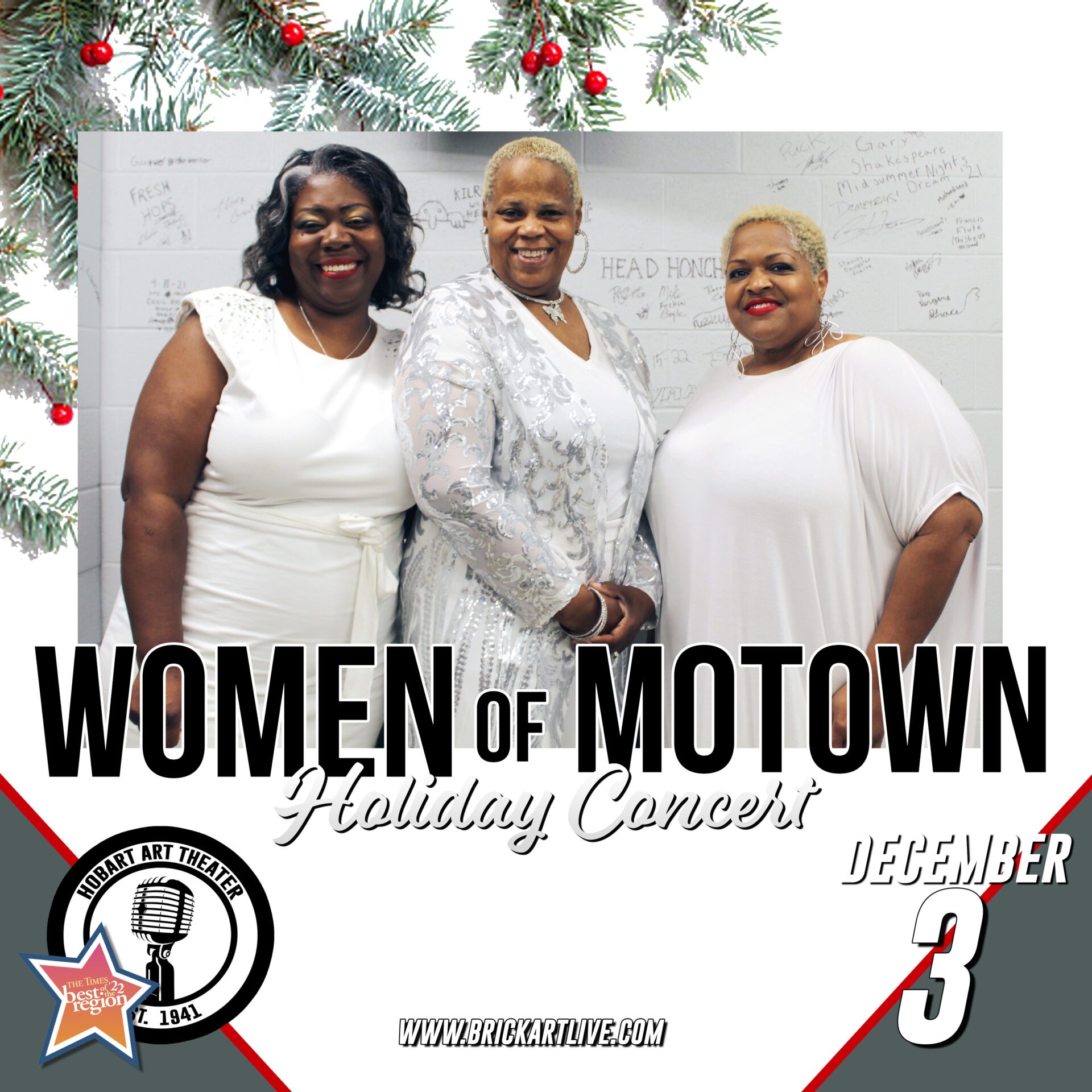