Come join us for a night of fun and high-octane laughter with some of Chicagoland’s best comedians
About this event
The Chicagoland Stand-up Comedy show comes to the Hobart Art theater again!! Join your host and comedian, Susana Rodriguez @talkativechiccomedy for a night of stand-up comedy featuring….

HEADLINER- ABI SANCHEZ
Abi Sanchez is a dynamic stand-up comedy force in Chicago. Abi hit the stand-up comedy scene in 2010 and hasn’t stopped since. He has headlined at Zanies and Laugh Factory and performs all over the city, but his career hits more than Chicago. He’s the winner of HBO Latino Stand-up Comedy Contest (2020). He was also selected to perform at Kevin Hart’s LOL Network as part of the prestigious Just for Laughs Comedy Festival in Montreal.

Also performing is Ken Flores, Brooks Sullivan, Emily Schaefer, Tessa Orzech, and Ricardo Angulo. All comedians have performed at Second City, Laugh Factory, Zanies, Lincoln Lodge and/or other Chicagoland venues. We all need some laughter in our lives; now more than ever! Tickets will go fast so get yours now!

$25- Tickets at the door on event night 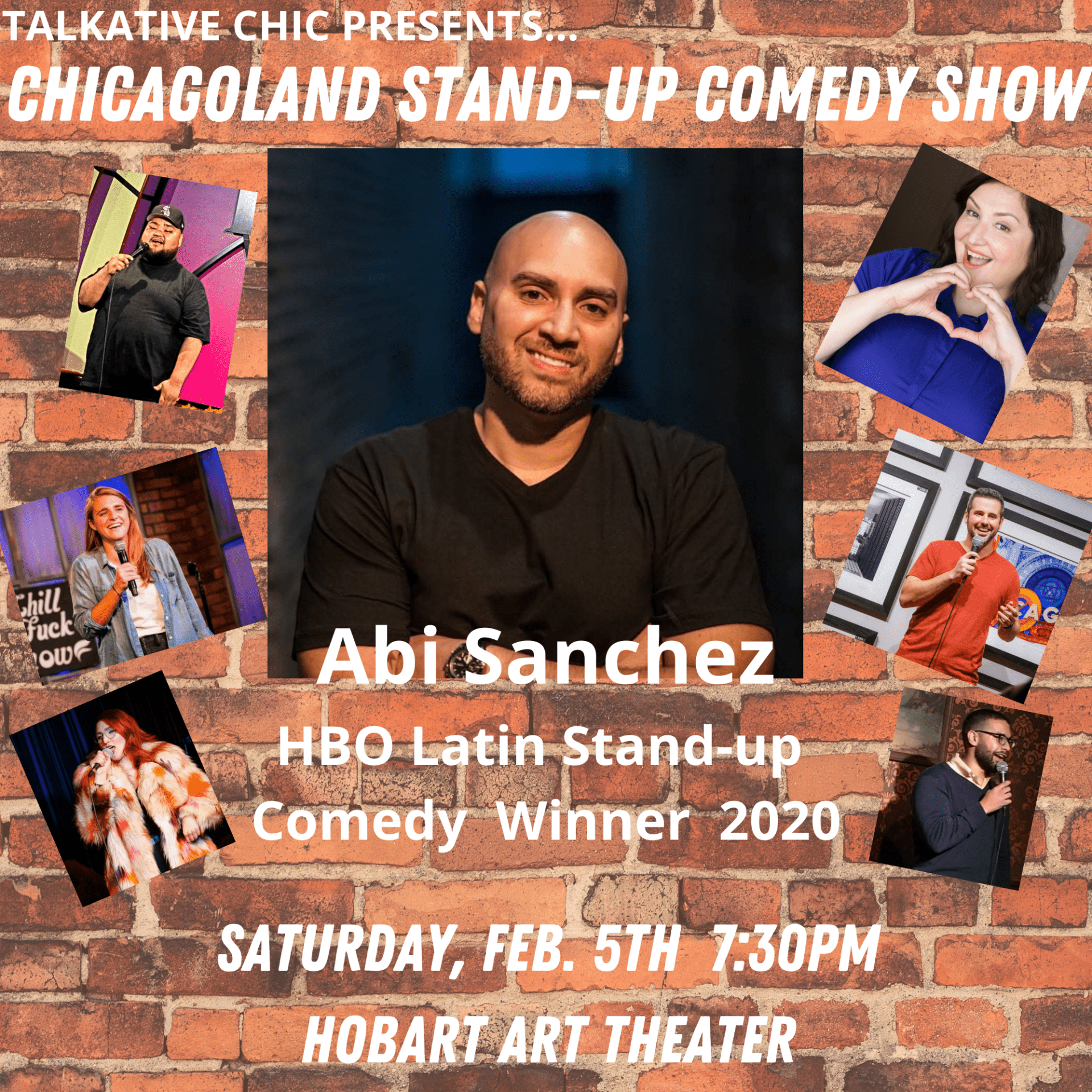